Using Artificial Intelligence And Robotics in the Healthcare

For the longest time, artificial intelligence was considered the subject of the future.

Well, we are now living in the world we once called "futuristic."

Artificial intelligence has a wide range of applications in the current times.

However, in this blog, we'll focus on how AI and robotics are used in the healthcare industry.

You will also learn how they are likely to be a major part of the healthcare industry in the coming future.

What Is Artificial Intelligence?

AI can be defined as a computer system that has been programmed to carry out specific tasks or operations with minimal human intervention.

AI systems are thought of as "smart" or "intelligent." They are capable of learning, problem-solving, reasoning, and self-correction.

One of the major areas where AI is being used by healthcare organizations is in the classification of data. This makes it easier to identify patterns that can be analyzed about their clinical significance.

Using AI also helps in the early detection of hospital-acquired infections. Studies show that the use of natural language processing (NLP) can enable accurate detection in real-time or near real-time, which can lead to faster containment and reduced burden.

What Is the History of Artificial Intelligence in Healthcare?

In January 2016, IBM's Watson supercomputer beat two former winners of "Jeopardy!" on the American quiz show. It was an achievement that marked a significant milestone in AI, as IBM was able to make Watson learn on its own.

For the first time, healthcare providers had access to a computer with human-like insight and cognitive capabilities.

Though many people associate AI with IBM's supercomputer Watson, the term artificial intelligence has existed since 1956. It was, then, defined as "the science and engineering of making intelligent machines, especially intelligent computer programs". It is an umbrella term that encompasses all technologies that enable machines to replicate human intelligence.

The massive increase in the availability of data means that the amount of knowledge available today has far exceeded the skill levels and capabilities of individual humans.

AI enables us to utilize this outside knowledge to make more informed decisions for better, more informed healthcare across all sectors.

What Is the Use of Artificial Intelligence in the Healthcare Sector? 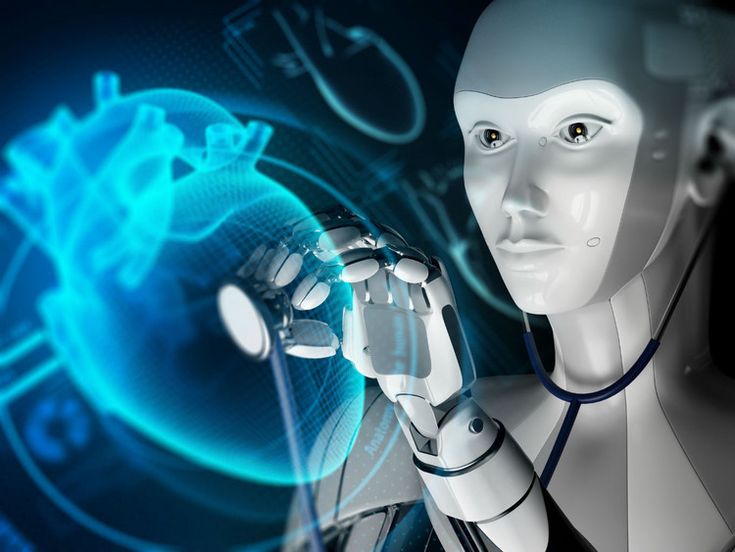 What Is the Future of AI in the Healthcare Sector?

Looking at the pace at which AI is becoming popular in the healthcare sector, in a matter of 10 years, it is expected that AI will be helping out physicians at almost every step of the diagnosis and treatment process.

Today, using AI, nurses can monitor patients remotely on wearable devices or smartphones without even having to be in the same room virtually anywhere in the world. A solution like this reduces costs by reducing patient monitoring time required for nurses which mean lower overhead for hospitals.

Additionally, the solution improves patient care by reducing errors due to human error.

AI in healthcare can provide highly accurate recommendations based on machine learning algorithms that are fed with large amounts of data, which has contributed to the field's growing popularity in having AI play a role in healthcare delivery.

Using deep learning technologies, doctors are now able to diagnose cancer with 97% accuracy. The technology is also being used for other purposes such as automated detection of heart sounds to prevent sudden cardiac arrests and intelligent detection of skin cancers.

Another potential application is the use of AI-powered robots that can assist doctors in performing surgeries by using general-purpose autonomous robotics capable of making surgical interventions under the guidance of a surgeon.

Currently, several companies are using AI in surgery including Arterys that has focused on cardiovascular surgery, and Accuray has focused on the use of robotics in surgical procedures for cancer treatment.

Both these companies have developed advanced imaging technology that creates three-dimensional images of the heart or tumors before surgery to analyze the tumor and plan the procedure.

This technology can be further improved by using advanced imaging techniques such as spectral CT, which provides information about metabolism within tissues and improves diagnosis of cancer on top of MRI and ultrasound imaging.

Hence, we can infer that the future of artificial intelligence in the healthcare sector is quite bright.

In this blog, you learned about the use of artificial intelligence in the healthcare sector.

Having said that, just like every coin has two sides, it's only natural that there will be challenges about the AI and robotics assistance in our healthcare system.

Nevertheless, moderation is the key.

If humans learn the limitations of robotics and use it in moderation, we would be able to avoid potential harm to humankind.