How Blockchain Is Going To Disrupt The Entertainment Industry

The media industry was revolutionized by the internet around 20 years ago. Blockchain technology is here to revive the entertainment industry in a similar fashion. While initially seen as a revolutionary way to handle financial transactions, blockchain can be used for far more. The buzz surrounding blockchain technology and its potential to improve, disrupt or transform the entertainment business has reached new heights.

Blockchain technology can potentially revolutionize the way music is distributed and consumed today. The entertainment industry sees blockchain as a new paradigm for conducting business that will possibly bring greater transparency across a secure digital medium.

A blockchain is a digital, immutable, distributed ledger that chronologically records transactions in near real time. The prerequisite for each subsequent transaction to be added to the ledger is the respective consensus of the network participants (called nodes), thereby creating a continuous mechanism of control regarding manipulation, errors, and data quality. Once added to a chain, information in a block cannot be modified or tampered, creating a transparent and trustworthy record for the transaction. 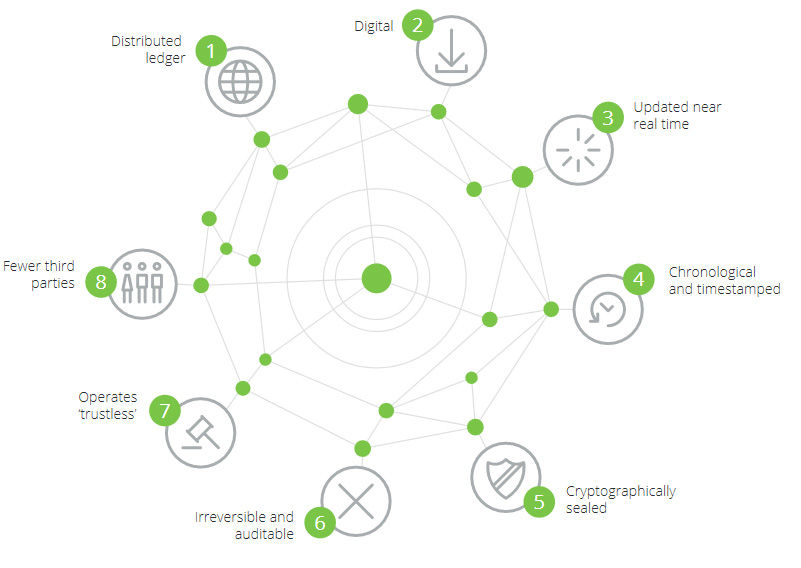 BLOCKCHAIN AND THE ENTERTAINMENT INDUSTRY

The Media and Entertainment Industry is beginning to test out blockchain and uncover its potential to solve some of the industry's key problems:

With the rise of global distribution models, films released nowadays reach a global audience. Traditional distributor networks have expanded and collaborated with international partners that handle distribution in the local market. Online distribution platforms have brought technology companies such as Netflix, Apple, and Amazon into the picture.

Blockchain can serve as a scalable and decentralized solution in order to manage the increasing complexity of global networks and online distribution. A contract on a blockchain can register and enforce distribution and release agreements between producers and global distribution partners thus building trust. These smart contracts can also be used to enable automated revenue distribution.

For the film and music industry, protecting and implementing the copyright is a costly as well as a complex task. Copyright infringement is a major insurance expense for established studios and distribution services. Blockchain can overcome this problem by creating an unchangeable record of transactions on any asset, including an idea, story, script, song or character. The creator or producer of the story idea or script can register the copy on a blockchain and register for the appropriate rights. A blockchain transaction history can be build when the rights are transferred to a studio interested in the idea. These smart contracts can be used to map out rules that guideline the assignment of such rights to TV and airline versions, merchandising licenses, international releases and so on.

A recent report by Coin Telegraph indicates that revenue losses for the television and film industries as a result of piracy could reach $52 billion by 2022, according to a study by Digital TV Research. While blockchain in itself is not a complete solution for the elimination of piracy, it can still be used to prevent illegal leak of content. Blockchain could utilize smart contracts and tokens to legitimatize film uploads, screenings and broadcastings and thus notify the content owners, search engines and internet service providers whenever a non-blockchain enabled copy of the content is discovered online.

Blockchain presents opportunities for independent production houses and artists as well as emerging regions, which have limited reach to audiences. As an example, when the rights of an independent film or record are purchased by a larger studio or label, the resulting revenue can be shared on the blockchain with absolute transparency and security. With the decentralized platform of blockchain technology, a centralized authority, such as a traditional brick-and-mortar bank, will no longer collect payments and advertising revenues, making payment transactions less costly. The distribution of revenues can instead be automated with pre-defined smart contracts. 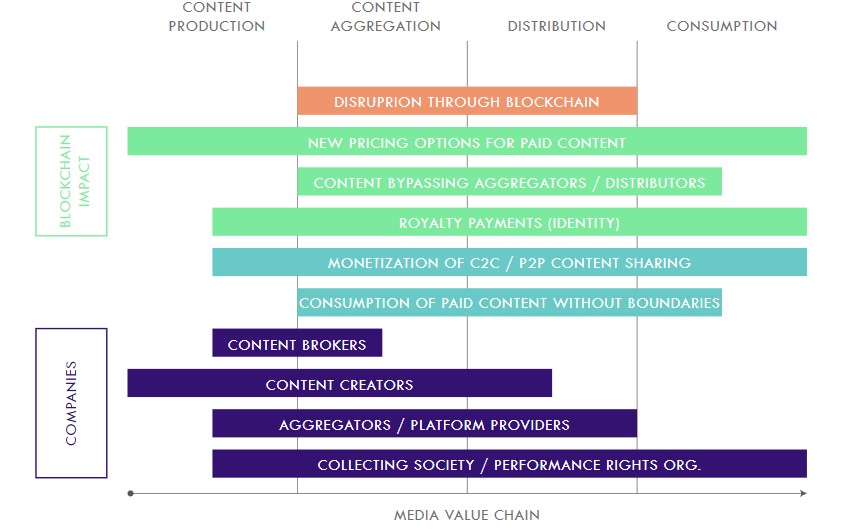 Blockchain is attracting a lot of attention from the entertainment industry to explore new and ambitious plans. This technology brings great opportunities for all stakeholders in the film industry from global studio powerhouses, small independent film producers, traditional film distributors, indie artists, record labels and exhibitors to modern media-services providers and large production companies. Blockchain is an innovation that can digitally support a connected global network of content creators, consumers, and the distributors and will continue to have an impact throughout the entertainment industry.