How Blockchain Is Used In KYC And Anti Money Laundering (AML)

Identity in the developed financial services world is defined by government-issued identities. However, major challenges in the collection and validation of that this data against anti money laundering (AML) requirements at scale has largely increased an individual's barrier to entry into the financial system. This makes it highly unprofitable and a higher risk for banks to reach the undeveloped economies of the world that may not have even the most basic forms of identity. In addition, establishing identity with a bank is a poor experience due to long delays, large document gathering and uncertainty over usage of private customer data.

The financial sector has been trying to rethink the idea of identity for several years. Blockchain is a new computing architecture, which has the potential to bring together fragmented data from the authoritative source providers into a single digital view of validated, immutable, transparent, and cryptographically secured data. Further, it has the potential to deliver privacy - where the relevant individual or corporate controls the distribution of their own identity.

A blockchain is a digital, immutable, distributed ledger that chronologically records transactions in near real time. The prerequisite for each subsequent transaction to be added to the ledger is the respective consensus of the network participants (called nodes), thereby creating a continuous mechanism of control regarding manipulation, errors, and data quality. Once added to a chain, information in a block cannot be modified or tampered, creating a transparent and trustworthy record for the transaction. 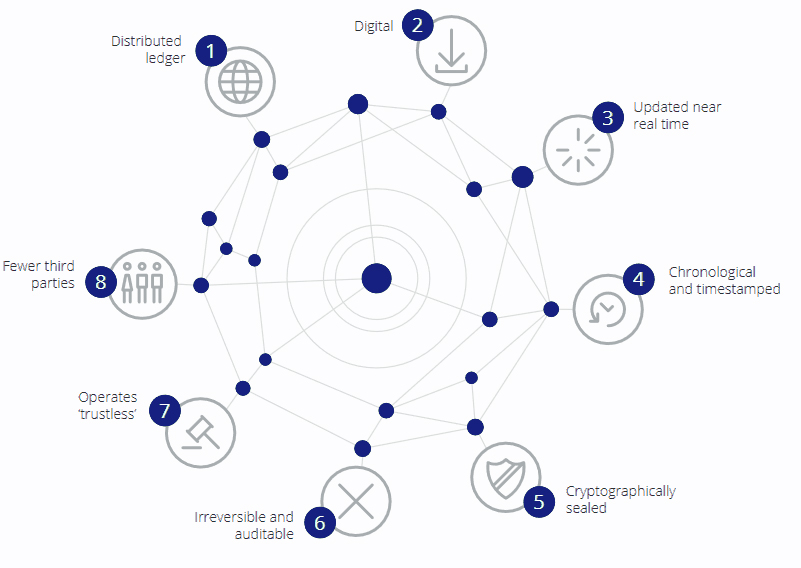 By law, banks and other financial institutions are required to clearly identify and create a risk profile for each customer. How can blockchain technology work to make these key operating model enhancements possible?

With a blockchain-based KYC model, banks will be able to regain ownership of the end-to-end client reaction. Instead of the KYC utilities asking new corporates share their client data, member banks would ask their existing corporate clients for consent to share onto the utility. When another organization requests access to a profile, the corporate confirms its acceptance to share the originating bank's KYC profile. This provides fine control and more reliable and transparent access to non-competitive data. 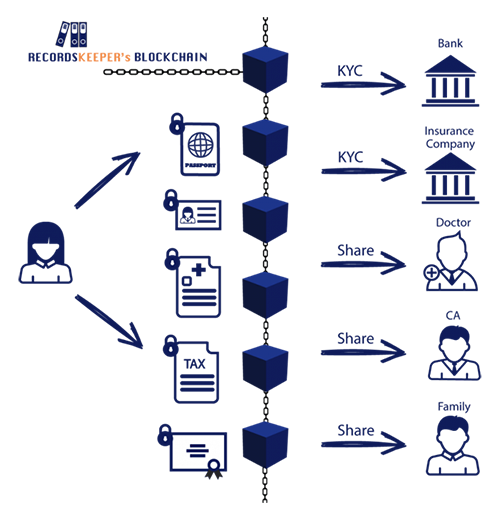 Building on recent progress on the KYC policy standardization and with increasing digital data collection, smart contracts can be used by blockchain to execute operational and control processes. Where it can be standardized, KYC controls and workflow routing could be codified into smart contracts and could execute automatically. Greater digitization could also lead to multilingual solutions via smart contracts and translation tools.

The global impact of money laundering is staggering; with related transactions estimated at 2 to 5% of the global GDP - amounting to up to $2 trillion. An anti money laundering system based on blockchain can utilize the cryptographically secure, decentralized and immutable nature of the technology to identify and stop suspicious transactions immediately and effectively. A distributed blockchain-based system using 'smart-contracts' will allow financial institutions to securely parse data through an Anti money laundering engine on the blockchain. In case of a fraudulent transaction, alerts can then be issued to stakeholders and the transaction can automatically be flagged and stopped for further investigation.

Data privacy and control have been at the forefront in recent years. The encryption capabilities of blockchain can be used to protect sensitive data and prevent compliance violations. Blockchain technology is a trust network whereby consumer data can only be accessed by trusted sources. This is largely different from the existing model where consumer data is given to corporations with little control over how it is used. Once a client identity is established and a cryptographic key is created, it would be extremely challenging for fraudsters to commit theft or tamper with the customer data. As a result, data would be more secure than the current model.

Blockchain technology and its distributed ledger allows for more transparency with regulators improving the overall reporting and documenting process. The shared and immutable ledger allows for uncompromised transaction history whereby the ledger can act as a central hub for data storage where transactions are processed.

An improved identity management system using encryption-based technology on a decentralized network will not only reduce the cost in implementing a robust KYC system but will ultimately also play a large role in reducing financial crimes and compliance violations. Blockchain technology will continue to play a major role in regulatory reporting and identity management for banks and financial institutions in the years to come.