How Does Blockchain Work? An Overview

Blockchain technology has become famous since it is the technology behind most cryptocurrencies.

Blockchain technology has revolutionized the way we transact and has brought in a great improvement in the digital world.

The blockchain is a very secure and transparent technology that uses cryptography to bring about a revolution in the field of decentralized transactions.

It is a system where transaction records are maintained simultaneously by participants (called nodes) on a distributed ledger.

This technology has played a vital role in facilitating transactions between two parties without having to rely on any third party or intermediary such as banks, governments, and other financial institutions.

In this blog, you will learn about what blockchain is and how blockchain works.

Blockchain is a network that enables the distribution of the ledger across many different computers, without it being centralized.

Before blockchain was implemented, ledgers were centrally stored which meant hackers could potentially corrupt them.

Now any computer on the same network as the ledger has a copy of it and the record is shared between all computers on this network (also known as nodes). This makes it almost impossible to hack.

In addition, blockchain is the technology that underpins cryptocurrencies such as Bitcoin and Ethereum.

Blockchain is a constantly growing list of records called blocks. Each block contains a cryptographic hash of the previous block and a timestamp.

Blockchain technology is based on peer-to-peer (P2P) networks. To make any changes to the recorded transactions, there should be a consensus between all parties participating in the chain.

How Does Blockchain Work?

As stated, a network containing many nodes is needed to store the ledger. In this way, all computers have a copy of the same document – the Blockchain.

As soon as a new transaction or information is uploaded, all the computers on that network validate it and then store it as a block in the chain.

This validation process ensures that no cheating takes place and everyone abides by the rules of the system.

And because of this decentralization, hacking such a network is next to impossible.

Therefore, the Blockchain is a huge database that everyone can access. But more importantly, it's an open-source network that ensures the security and privacy of transaction information.

Let's consider an example to understand it better.

Step-by-Step Demonstration of How Blockchain Works

Suppose we have Alice and Bob as our two participants. Now, Alice is transferring some amount to Bob. She broadcasts the message on the network that she is sending some money to Bob. Then this information gets recorded in all computers on the Blockchain through cryptography, i.e., solving mathematical puzzles (known as mining).

Now, for Alice transferring money to Bob, everyone should agree that Alice is the sender and Bob is the receiver. This information should be agreed upon by everyone.

This network of computers (nodes) will validate Alice's transaction based on three things:

If all the transactions are valid, the puzzle is decoded and Alice's transaction will be validated.

Then this information gets recorded in all computers on the Blockchain through cryptography, i.e., solving mathematical puzzles known as mining.

Now if Bob wants to transfer money to Carol, he should send that transaction request to the network of nodes just like Alice did.

These nodes validate Bob's claim by checking if he has sufficient funds and that the message is not a duplicate.

After validation, the puzzle would get decoded and Bob's transaction will be validated.

Now, this information also gets recorded in all computers on the Blockchain just to ensure that there are no duplicates or any other errors in the transactions.

So, when Alice wants to send money or validate a transaction, she can use her and Bob's digital signature and encrypt that information using Bob's public key.

This way only Bob's computer will be able to decrypt this message because it uses his private key to do so.

And once decrypted, he gets the information about Alice's transaction.

And, as soon as he gets it validated, his next step would be to remove that from all the computers on the Blockchain.

This is how transactions occur in a blockchain network without middlemen or third parties and just because of two digital signatures.

Now that you know the basics of how the Blockchain functions, let’s understand the key components of blockchain technology.

What Are the Key Components of Blockchain Technology? 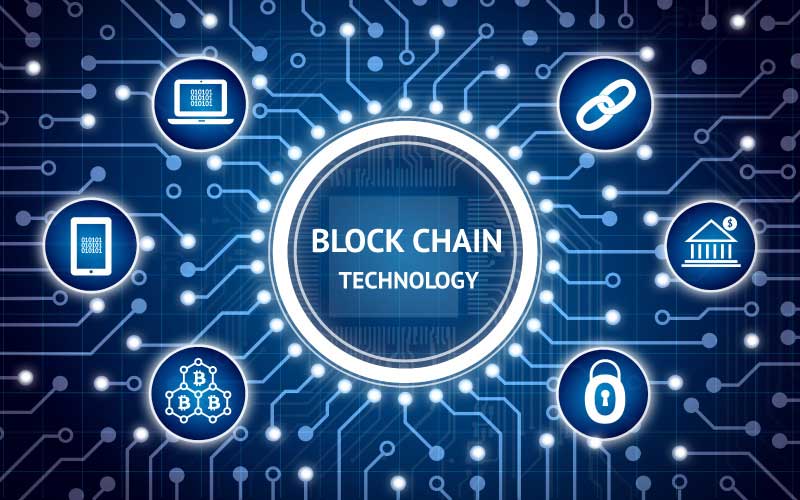 How Can We Use Blockchain?

Blockchain can be used in various ways. Some of them are listed below:

How Can Blockchain Transform Our Lives?

Over time, Blockchain has evolved into something more powerful than just being a decentralized ledger.

Blockchain has many applications beyond just cryptocurrency transactions. It can be used to secure property records, voting systems, and even medical records.

The main goal of blockchain technology is to create a decentralized system where everyone can see all the transactions. By doing so, this technology eliminates the need to trust an intermediary like banks or governments because now we can trust each other. Such a system eliminates the risk of shady businesses and corruption.

With blockchain technology, our world is heading towards a more transparent society where everyone knows everything about each other.

Admittedly, Blockchain technology still needs some work before it becomes mainstream. But once it is fully adopted, the implications will be far-reaching.

This technology is also pushing us towards a world where we can trust each other more and not fear that someone is going to take advantage of us behind the scenes.

What Are Some of the Advantages of Using Blockchain Technology?

The advantages of using blockchain technology are as follows:

What Are Some of the Challenges of Using Blockchain Technology?

The challenges of using blockchain technology are as follows:

Having understood all the different aspects of Blockchain technology and how it works, it is time for you to decide if it is something that your business could benefit from. This will help you decide whether to invest in the technology now or wait before exploring other options.

You are ready to apply this knowledge to your business and encourage digital transformation.

We've tried to answer all questions related to blockchain technology in our blog, but if you still have some unanswered questions, please do not hesitate to contact us.